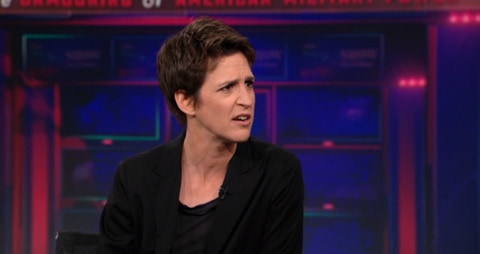 Rachel Maddow visited the Supreme Court yesterday as the Court was considering the Voting Rights Act, and had lots to say about it.

"I don't have a number line that is long enough, that goes high enough to understand how on the same day we are unveiling the statue of Rosa Parks at the US Capitol and one block away we are considering getting rid of the pillar of American civil rights law, and that happens at the same time in the same place and nobody's head explodes."

"It's weird to see Antonin Scalia in person. It's weird…You can see, actually, he's a troll. He's like the guy on your blog comment thread who's saying the N word."