"The evolution of the nation's 'first gay president'" 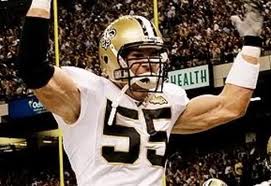 Cleveland Browns linebacker Scott Fujita thinks most NFL players will have no problem with an out and proud teammate. "I would argue that the overwhelming majority would be fine with having a teammate who was gay… Once a guy comes out, yeah, it'll be very newsworthy. It'll
be a huge, huge breakthrough and then it'll be another one and another
one and another one. Then it'll be just another guy in the locker room."

But there are still plenty of hurdles for gay athletes to overcome.

The ACLU had no choice but to defend a Connecticut student's right to wear an anti-gay t-shirt. Said ACLU CT legal director Sandra Staub, "The First
Amendment was written to protect unpopular speech, which is naturally
the kind of speech that will always need protection. The ACLU has fought hard for same-sex marriage and we couldn't agree
with Seth less on that issue, but he is absolutely correct about his
right to express his opinion."

Outgoing California GOP chairman Tom Del Beccaro predicts his party will be debating the "difficult issue" of marriage equality for years to come.

Meanwhile, Celeste Greig, head of the California Republican Assembly, said rape victims don't typically get pregnant because "it's an act of violence, because the body is traumatized." She's the female Todd Akin!

A handy breakdown of where Illinois lawmakers stand on marriage equality. 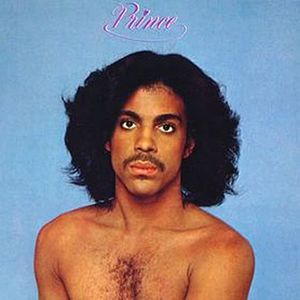 The artist still known as Prince performed on Late Night with Jimmy Fallon and will soon be coming to a city near you!

Justin Bieber had "the worst birthday ever" after his Circus-themed party devolved into a fracas.

Great news from PR: "The advance of gay rights across the United States is spreading into Puerto Rico, making the island a relatively gay-friendly outpost in a Caribbean region where sodomy laws and harassment of gays are still common. The governing Popular Democratic Party is pushing a bill through the legislature that would outlaw discrimination based on gender or sexual orientation, a step taken by about half of U.S. states. Another bill would extend a domestic violence law to gay couples."

A Virginia spa admits to booting a transgender woman because they have a policy against "any abnormal sexual behaviors and orientation." "It is our policy not to accept any kinds of abnormal sexual oriented
customers to our facility such as homosexuals, or transgender," Spa World in Centreville said in a statement. "We strongly enforce this policy for the safety and the comfort for (sic.) our customers, and also to promote a healthy reputation for our business…. Also, for the safety and the comfort for young children at Spa World, we strongly forbid any abnormal sexual behaviors and orientation in our facility." Virginia laws allow this to go on. 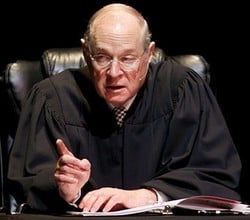 Shifting public opinion may very well sway Justices Anthony Kennedy and John Roberts toward marriage equality, especially the more moderate Kennedy: "Throughout his long career, Kennedy has been willing to make major changes in the law on issues including the death penalty, gun rights and gay rights… But before signing on to major changes — abolishing the death penalty for young murderers, for example — he has wanted to feel comfortable that the change was in line with public opinion and the trend in the law."

The Florida sinkhole that swallowed a man continues to grow.