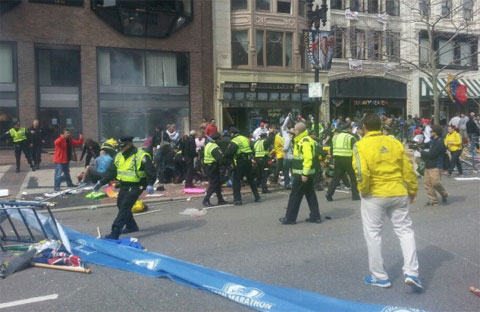 Multiple people have been injured at the Boston Marathon after two explosions were reported at the finish line to the race.

Crews were sent to 617 Boylston St. at about 2:30 p.m. Witnesses said several victims lost limbs, and the area was being evacuated.  Many of the injured appeared to be spectators who gathered for the 117th running of the race. NewsCenter 5's Sean Kelly said the blasts happened across the street from the Lenox Hotel. The victims were being taken to Massachusetts General Hospital.

Our thoughts are with the victims, friends  and families of those affected by this brutal act.