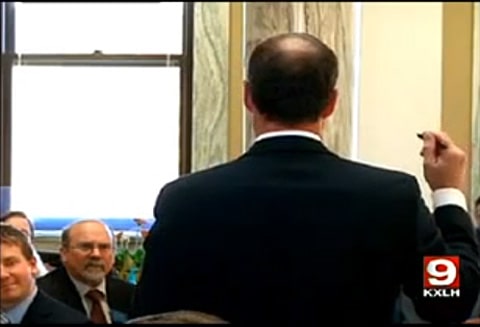 Yesterday I reported that after many years the Montana legislature finally repealed its unenforceable statute criminalizing gay sex. One of the nuttier speeches during the 25 minute second reading of the bill came when Rep. Dave Hagstrom stood up to explain his ‘no’ vote and compared gay sex to a pen in its retracted position. Hagstrom prefaced his remarks by saying that he has “a lot of love and respect for a whole number of homosexual friends, so there’s no homophobic issues going on here at all.”

“I don’t think that homosexual sex is necessarily not deviate. Bad word? Deviate simply means it’s not normal, it’s not typical….This pen has two purposes. The first purpose, of course, is to write. The second purpose is to retract, so that it doesn’t leave a stain on your shirt or your purse. So it has two purposes, but one is primary and the other is secondary. To me, sex’s primary purpose is to produce people, that’s why we’re all here. Sex that doesn’t produce people is deviate. That doesn’t mean that it’s a problem. It just means it’s not doing its primary purpose. So I’m just speaking to the bill and I encourage people to vote red.”

I’ve also posted the entire 25 minutes if you have the time – it’s quite interesting. 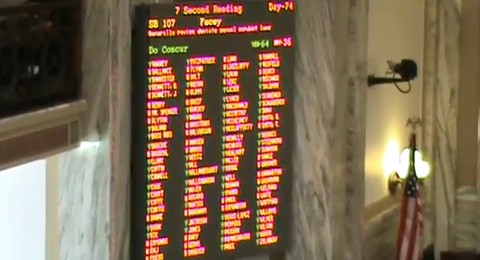 Here’s yesterday’s full debate, which is quite fascinating: