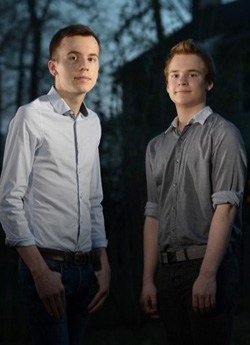 Some cats do love water.

Anderson Cooper talks about the end of his talk show: "I wish we had the show the first year that we ended up with the second year. It took us awhile to kind of figure out what we wanted to do. I’m very pleased with the show this year and how audiences have responded to it and I’ve had a lot of fun doing it every day."

Tom Cruise is really not that great at line readings.

Dan Mathews on PETA's inclusiveness: "I've been at PETA since 1985 and even back then a lot of our volunteers were gay," said Dan Mathews, senior vice president at PETA. "I think there has always been an affinity between gay activists and animal rights activists, because I think when you see the mockery that some people have about the rights of animals, gay people have that same mockery that we've faced ourselves, the cruelty and the indifference to suffering. At an activist level, I think we share that."

Joe Jonas makes a saucy reply video to a fan. 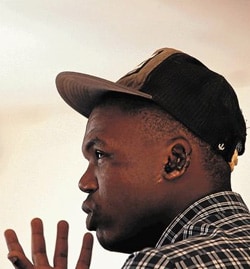 South African man was beaten, had ear shot off for being gay. "They got out of the car and started asking me questions like why I'm a moffie, but I wouldn't answer them. The next thing one of the guys slapped me and another attacked me with an iron rod, while the others gathered half bricks."

Will this movie ever come out?

Ex-Marine to be charged for anti-gay hate crime in Long Beach after being arrested in Chicago: "When he is arraigned, O’Leary will be charged with two felony counts – one for battery with serious bodily injury and one for assault by means likely to produce great bodily injury and a hate crime allegation. He is being held on $105,000 bail. If convicted, O’Leary could face eight years in state prison, Deputy District Attorney Gretchen Ford, who is assigned to the Hate Crimes Unit, said."

If you really care about Justin Biebers new video that much, well here it is. 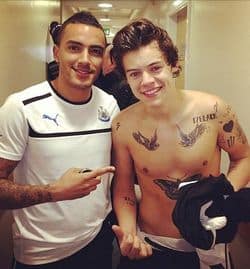 One Direction become footballers for a day.

A new NBC News WSJ survey puts national support for same-sex marriage at 53 percent. "By party, 73 percent of Democrats and 54 percent of independents back gay marriage, while 66 percent of Republicans oppose it."

NOM continues to argue donor disclosure case in Maine: "Forcing donor names to be disclosed in connection with the state’s 2009 referendum that overturned the state’s Legislature-enacted gay marriage law would have a chilling effect on donors, said Kaylan Phillips, representing the National Organization for Marriage, a Washington, D.C.-based group that has campaigned against same-sex marriage initiatives nationwide."

Previous Post: « G.B.F., the Teen Comedy About a School’s First Out Student and the Race to Be His Gay Best Friend: VIDEO
Next Post: Towleroad Guide to the Tube #1346 »