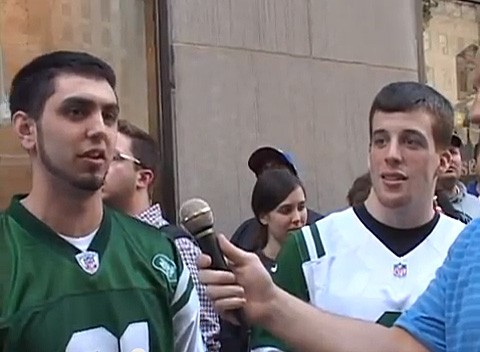 Proving that NFL fans know as much about college football prospects as Coachella fans know about music, Football Nation pulled a Jimmy Kimmel-style prank outside Radio City Music Hall where the first round of the NFL draft took place last night.

Incidentally, the first round draft picks are here if you're interested. A notable first round pass: fake girlfriend hoaxee Manti Te'o.

The AP notes that it likely wasn't the fake girlfriend which did Te'o in: "Before those revelations, Te'o struggled in the national championship game against Alabama and its offense full of future NFL draft picks, leaving clubs to wonder how he would fare against similar talent in the pros."