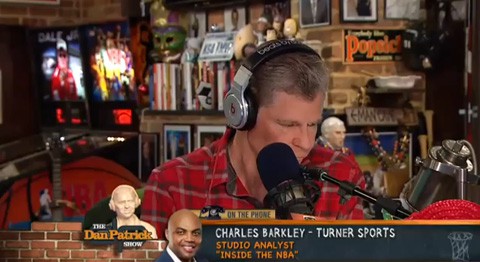 Charles Barkley injected some sense into the Jason Collins conversation in an interview on The Dan Patrick Show today.

Patrick asked Barkley if he's had a gay teammate:

And if it was discussed that there was a gay person on the team:

"It’s obviously discussed, privately, because the problem is, Dan, unless somebody tell you they’re gay, you can’t say a thing about them being gay. You know, until somebody has the courage, and I think it takes great courage to come out, it’s kind of an unspoken word to be honest with you."

Patrick asked if Barkley had a teammate who discussed his sexuality with him: