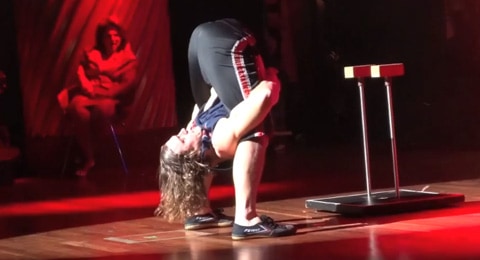 The winner of the pageant, selected by the audience, was Pippin's Orion Griffiths. Matthew Rettenmund of Boy Culture shot a video of Griffiths' unique performance. That screenshot above is Griffiths before his clothes started coming off. And most of them did.