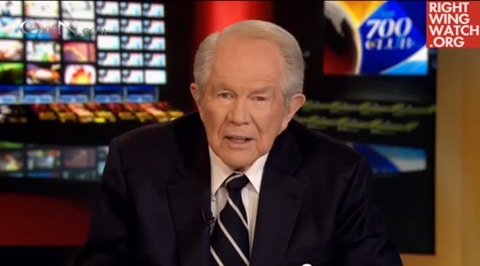 Commenting on a case in Ecuador in which a lawmaker was found guilty of discrimination over his anti-gay remarks, Pat Robertson expressed anger that speaking out against gays can be considered a hate crime.

"It is a hate crime to say somebody can change their sexual preference? … Anybody who has ministered to thousands of people…know very well that the power of God can change people's orientation. A murderer can change. A rapist can change. A thief can change. That's what the Gospel is about. It's not a hate crime."