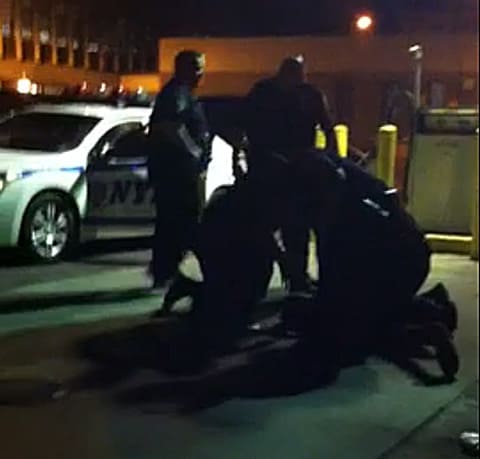 The New York Anti-Violence Project (AVP) is reporting on what they're calling a bias-motivated assault of three gay men by NYPD officers in Bed-Stuy Brooklyn on June 3.

Three openly gay men, Josh Williams (pictured, below), Ben Collins, and Antonio Maenza, reported that they were walking past the 79th Precinct when an NYPD officer accused one of the men of public urination and attacked him, throwing him against a police car. The officer was joined by other officers who also attacked the man, throwing him to the ground and pepper spraying him while he was in handcuffs. The survivor was handcuffed tightly, causing lacerations. The survivor's injuries were treated at a hospital, where he was again restrained with wrist and ankle cuffs. The group of officers also arrested the other two survivors.

Watch video obtained by AVP, AFTER THE JUMP…

Representatives from AVP, the LGBT Justice Project of Make the Road NY, Streetwise and Safe, the Safe OUTside the System Collective of the Audre Lorde Project, FIERCE, Communities United for Police Reform, Campaign to Stop the False Arrests, and the Brooklyn Community Pride Center is planning to hold a press conference on the incident on Tuesday afternoon.

The Village Voice has more: 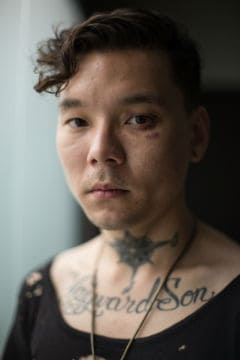 The Voice has also learned that NYPD Internal Affairs Bureau started investigating after someone apparently associated with the precinct filed a complaint.

"This case is so extreme in how the encounter escalated so fast over something so silly and turned so violent," says Williams' lawyer Cynthia Conti-Cook. "Based on how the incident started, there's very little to justify such extreme action other than homophobia."

Maenza was watching the incident from the sidewalk and videotaping with his phone. "Josh is on the ground, he's surrounded by officers, he's been maced, and they pick him up and take him into the precinct," he says. "At that point, one of the officers called us 'faggots.'"

Collins recalled that the officer called them, "fucking faggots."

Handcuffed, temporarily blinded and bleeding, Williams was dragged into the stationhouse, and left in a holding cell. He was given a charge of resisting arrest. It took several hours for a paramedic to arrive to treat his injuries and by then, his wrists had swelled alarmingly.

While he was finally in an ambulance on the way to the hospital, he says an officer remarked, "We better not tell him where the soap is." After he was treated, he was taken back to the precinct, where he was fingerprinted and then sent to central booking and then arraigned at some point the following day, a Monday, more than 24 hours after the initial encounter.

More at The Voice...