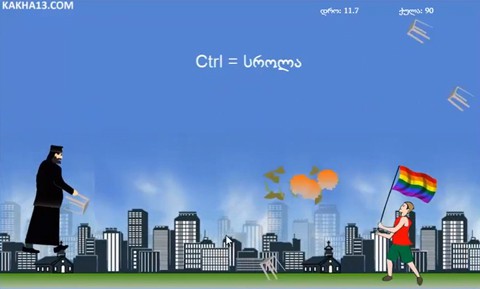 Yesterday we reported on a Facebook game in which Orthodox Christians destroy gay activists with stools which appeared to be modeled after recent real-life attacks on Gay Pride marchers in Tblisi, Georgia.

A Facebook spokesman tells Towleroad that they have disabled the game app:

"We take action against apps that violate our platform policies as laid out here: https://developers.facebook.com/policy/, in order to maintain a trustworthy experience for users."