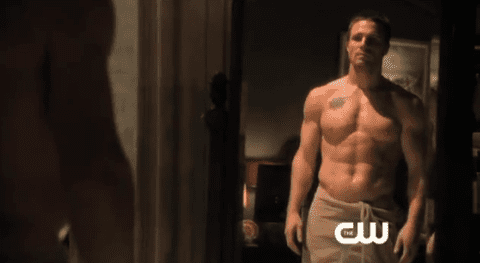 With the traditional television season drawing to a close, now’s the perfect time to catch up on all those shows your friends can’t stop talking about. Before season premieres kick off this fall, indulge in some lighter fare with these recent TV highlights.

The following five shows are perfect for breezy summer viewing. These series just finished their first seasons (so it’s not an insurmountable amount of content to consume), and they’ve all been renewed for a second season. Episodes can be found on iTunes or Amazon Instant Video.

More, AFTER THE JUMP

The Pitch: In this sitcom, "having it all" also includes having a brain.

Why It’s Worth It: Kaling does “quirky” without letting her protagonist devolve into an Etsy caricature.

Why It’s Worth It: Beyond the super sexy hero, the show generally sticks to gritty realism instead of hokey spandex tropes.

The Pitch: It's a twangy musical about two dueling divas.

Why It’s Worth It: Britton's and Panettiere's layered performances really sell the emotional highs and lows on this evening soap.

Why It’s Worth It: This contemporary take on Sherlock Holmes scratches that procedural itch while providing an effective character study.

The Carrie Diaries (The CW)

The Pitch: Travel back in time with Carrie Bradshaw.

Why It’s Worth It: It transcends ‘80s pastiche and Sex and the City reverence by eschewing winking irony for a sweet (if sometimes overly earnest) coming-of-age story.

What will you be watching this summer?