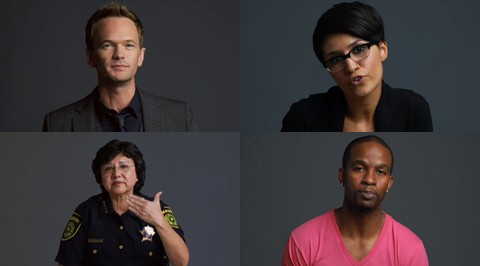 On Thursday, June 27, HBO is premiering The OUT List, a film of intimate docu-portraits from photographer and director Timothy Greenfield-Sanders that follows in the vein of his well known projects About Face: Supermodels Then and Now, The Latino List and The Black List.

The film is a storytelling project in which Greenfield-Sanders's subjects, a diverse swath of well-known and lesser-known figures in the LGBT community, speak directly into the camera and divulge intimate tales of their careers, activism, and pride, as well as details of personal discrimination they've experienced and overcome.

Towleroad is pleased to debut the trailer today. Watch it, AFTER THE JUMP…. 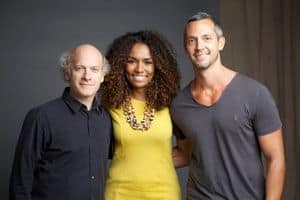 Along with Greenfield-Sanders (left, with Janet Mock), the film was produced by out filmmaker Sam McConnell (right), who also served as the interviewer on the project.