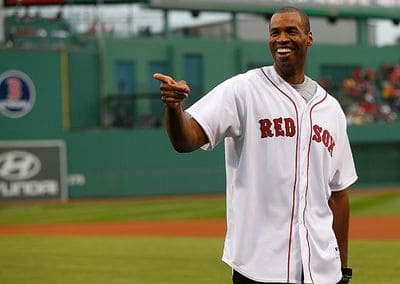 PHOTO OF THE DAY: Jason Collins throws out the first pitch at Pride Night at Fenway Park.

What with the shocking revelation that the NSA has been surveilling a shocking amount of the actions of everyday Americans, our Ari Waldman takes a look at what this spying can mean for the gay community as well as what old wounds it reveals. Kristin Beck, the former Navy SEAL who came out as transgender this week, sat down with Anderson Cooper last night and gave a stirring interview about the struggles she has faced.

Earlier this week on the campus of Cal Poly a crazy preacher lady was spouting her hate when she was totally shut down by an impromptu gay boy make-out session. A cake shop in Colorado won't make cakes for gay weddings but will totally bake up some stuff for a dog wedding and, say it isn't so; Michele Bachmann may attempt another run at the highest office in the land. 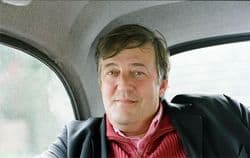 Joan Rivers and Bristol Palin are apparently set to swap places on an upcoming episode of Celebrity Wife Swap. I can hear the awkwardness from here. Also in an interview earlier this week, british actor Stephen Fry opened up about a recent suicide attempt.

A PSA from the australian version of PFLG shows that any child can be born gay. It's not a choice. Speaking of announcements of the public service variety, this ad in the U.K. is intended to stop drunk driving but you might just die of fright.

As an avid tennis fan I can tell you that this YouTubers impressions of some of the world's best are simply flawless. And Jon Stewart takes down New Yorkers who are outraged by the city's new bike share program.