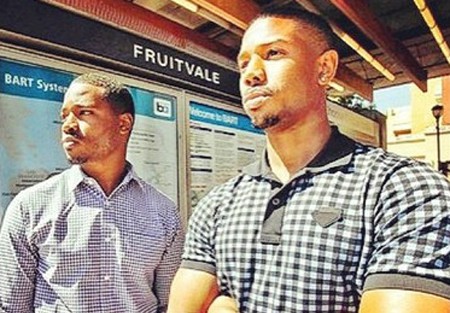 FRUITVALE STATION, the first probable Best Picture contender of 2013, hit a few theaters last Friday after months of pre-release buzz. The buzz was fueled by a double triumph at Sundance this past January where it took home both the Audience Award and the Grand Jury Prize. The feature debut of 27 year-old writer/director Ryan Coogler tells the true story of the death of a 22 year-old African American man named Oscar Grant, who was shot by police on New Year's Day in 2009 at the Fruitvale BART Station in San Francisco. Watching it last Friday it felt like a modest success, a solid specific slice-of-life drama if not a great or ambitious one. But context is a funny thing. The very next day it was feeling much bigger.

Nothing exists in a vacuum and that includes the movies. On Saturday George Zimmerman was found "Not Guilty" in the death of Trayvon Martin, another unarmed black man (this time he was only a teenager), whose life was snuffed out nonsensically. The Weinstein Company who distributed the movie couldn't possibly have had better (or sadder) timing. If Fruitvale Station were a fictional drama, it might have felt unnervingly prescient opening when it did but since it is also based in fact it arrives like a stinging reminder of a shameful national pattern. 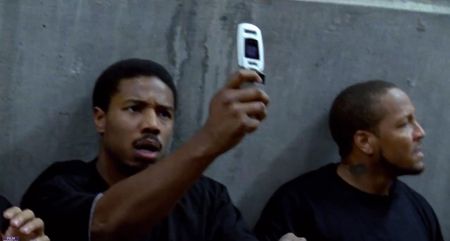 The movie begins with grainy cell phone footage of the shooting and then steps back to retrace the last twenty-four hours of Oscar Grant's life. Structurally this gambit is hit and miss. During Fruitvale Station's clumsier moments, like a fictional scene involving a stray dog or a factual one when Grant's mother (played by Oscar-winner Octavia Spencer from The Help) suggests he take the train that night, this technique backfires. You can practically hear the first-time filmmaker screaming "FORESHADOWING!" in the background as if we're on a morbid countdown watching Oscar on his clueless death march. But for good long stretches of the movie, especially in its simpler moments when Oscar hangs with friends, banters with relatives or argues with his girlfriend (a terrific nuanced Melonie Diaz, who rescues the underwritten stock role of "longsuffering girlfriend"), it works quite well. 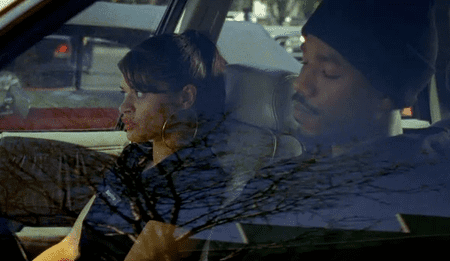 If writer/director Ryan Coogler sometimes pulls his version of Oscar from Passive Protagonist to Sanctified Hero his lead actor Michael B. Jordan, so reliably strong (see: The Wire, Friday Night Lights and Parenthood), usually tugs back presenting Oscar as a full human: outgoing, nice and charming, sure, but also hot tempered and inconsistent in his behavior and loyalties. An early scene in a grocery store where Oscar used to work perfectly captures this dynamic. The written details of the two-part scene are simple. First Oscar goes out of his way to help a customer and then he asks his boss for his job back. Both actions could be played completely sympathetically as 'nice guy who just needs another chance' but Jordan complicates the scene suggesting that the two actions are inextricably linked and showing just enough attraction to the customer and just enough anger with his boss to make you cringe a teensy bit at his underlying motives as well as his own culpability in his larger problems with his girlfriend at home and his lack of employment. This tug of war between the movie and the actor for Oscar's soul makes the movie fairly involving even though we're spending much of the time eavesdropping on phone calls and text messages (annoyingly superimposed onscreen) and driving around the Bay Area aimlessly.

It'd be unfair to attribute all of the emotions that this debut film stirs up to its quality. But then, that's often the case with art of any medium that tackles a provocative topic, spurs conversation or strikes a resonant note with the zeitgeist. When you ask the right question at the right time, anything seems possible… including mad Oscar attention for a minor success."How much is this life worth?" is the question that eventually sneaks up on you as you finish the movie and think on it afterwards. And the answer, thanks to the movie's better moments and Jordan's star turn is "quite a lot".