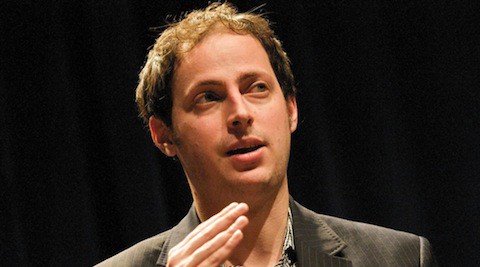 Margaret Sullivan at The New York Times posted an editorial yesterday ruminating on the departure of statistician and FiveThirtyEight blogger Nate Silver, whose predictions for the 2012 election bordered on prescient. The whole thing reads like extended water cooler chat about a colleague one is kinda sorta familiar with, but doesn't actually know really well. Her suspicions for his reasons for leaving for ESPN/ABC include:

I don’t think Nate Silver ever really fit into the Times culture and I think he was aware of that. He was, in a word, disruptive.

His entire probability-based way of looking at politics ran against the kind of political journalism that The Times specializes in.

A number of traditional and well-respected Times journalists disliked his work.

The deciding elements more likely were money, a broader variety of platforms and the opportunity to concentrate on sports and entertainment, as well as politics.

Time Magazine has their own editorialized rundown of the story.