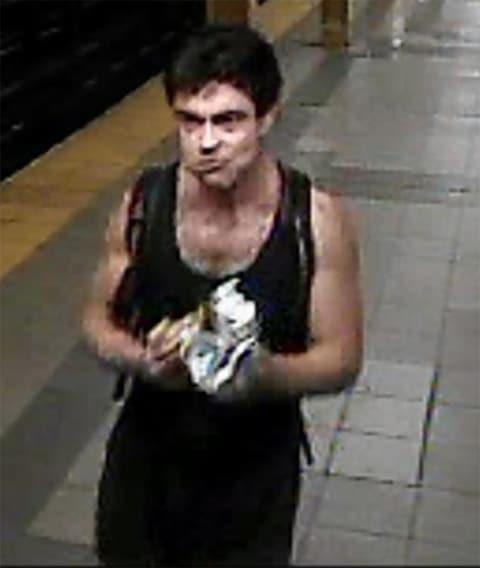 The NYPD has released a surveillance photo of a suspect in an anti-gay assault in midtown Manhattan on Sunday morning, CBS New York reports:

Just after 3 a.m. a man who has been described as white or Hispanic, in his 40s with black hair, wearing a black tank top, black shorts, black sneakers, and carrying a dark-colored backpack apparently entered the Speedy Cafe and made anti-gay comments toward a pair of patrons. The suspect then kicked one of the men in the shoulder and fled on foot along West 32nd Street.

Anybody with information regarding this incident is asked to call Crime Stoppers at 1-800-577-TIPS. The incident is being investigated by the Hate Crime Task Force.