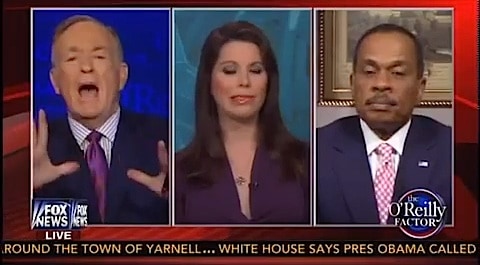 Bill O'Reilly argued on his show last night that the Supreme Court has morphed into a political organization, citing the DOMA and Prop 8 cases and linking them to SCOTUS upholding Obama's health care law.

O'Reilly believes SCOTUS is looking for "loopholes" to exploit.

Previous Post: « Grandma’s Okay That Her Grandson is Gay: VIDEO
Next Post: Six Attacks on LGBT People in D.C. in Past 10 Days: VIDEO »