Yesterday, Towleroad reported that Eric Ohena Lembembe, a prominent gay rights activist in Cameroon, was found dead at his home after being brutally tortured. 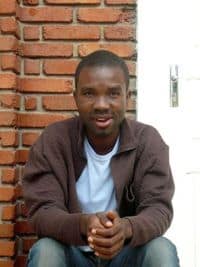 The U.S. State Department has now released a statement about Lembembe's death. It comes from Deputy Spokesperson Marie Harf:

We deplore the brutal murder of Eric Ohena Lembembe, who was found tortured to death in his home in Yaoundé yesterday. We condemn this terrible act in the strongest terms and urge the Cameroonian authorities to thoroughly and promptly investigate and prosecute those responsible for his death.

Eric Ohena Lembembe was the Executive Director of Cameroonian Foundation for AIDS (CAMFAIDS), an organization dedicated to the fight against AIDS and for the human rights of LGBT people in Cameroon. Just two weeks ago, Mr. Lembembe spoke out against the recent break-ins at the offices of groups advocating for gay rights. The local office of one organization, Alternatives-Cameroun, was set on fire on June 26th.

Human Rights Watch's Neela Shoshal spoke with Radio France International about Lembembe, with whom she closely worked. Listen below: