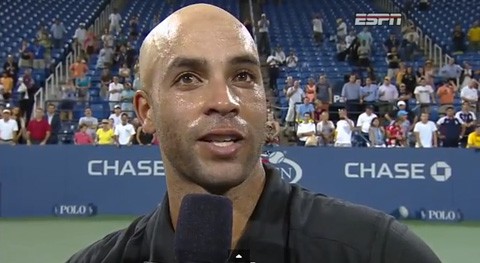 James Blake retired from tennis last night following his first-round defeat by Croatia's Ivo Karlovic at the U.S. Open. In his post-game press conference, Blake talked about being an African-American tennis star and inspiring young players but also talked about homophobia, the AP reports:

Afterward, he talked about tennis, but also causes dear to him. Blake has joined Athlete Ally, an organization working to end homophobia in sports. He lamented an athletic culture "where you're too often seeing a lot of macho sort of showboating when everyone should feel comfortable."

He condemned the law prohibiting gay "propaganda" in Russia, which is hosting the Winter Olympics next year.

"I think everyone at this point, when you look at numbers, someone in your circle, whether it's a family member or a friend, is gay, transgender, or bisexual," he said. "You should appreciate that those people are valued members of society, people that are doing something good in the world. They should feel comfortable to live their lives. I think any sort of policy that discriminates against them, that excludes them, is completely unfair in today's day and age. That's why I say we're 50 years out and there are still things going on that are discriminatory."

As long as we're looking back on Blake's career, let's have a look at this memory from 2006 courtesy of Evian water, when that career really broke out and he burst into the top 20 for the first time.

Check out one more shot, and a brief video of Blake's final moments on the court (if a clip of the post-game press conference described above becomes available, I'll post that too, AFTER THE JUMP… 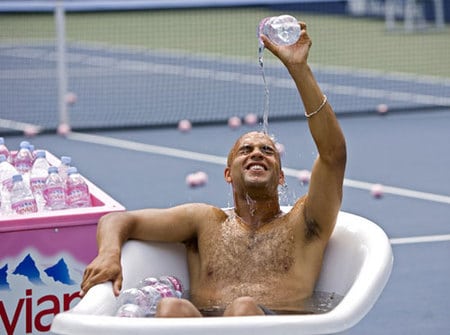 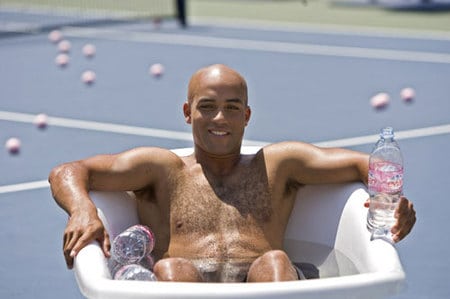