Five Obama nominees were confirmed by the U.S. Senate on Wednesday to several high-ranking government posts. 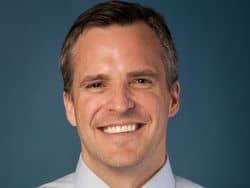 Another openly gay nominee was also confirmed for a non-ambassadorial post. Stuart Delery, was confirmed as assistant attorney general for the Civil Division at the Justice Department after having served in an acting capacity in that role.

Delery had represented the Obama administration at the district and appellate court level during oral arguments and contended Section 3 of the Defense of Marriage Act should be struck down.

One pending gay nominee yet to be confirmed by the Senate is Todd Hughes, who was appointed for a seat on the U.S. Court of Appeals for the Federal Circuit. The Senate Judiciary Committee reported out his nomination last week. Upon confirmation, he’ll become the first openly gay person to serve on a federal appeals court.

Another openly gay ambassadorial not yet confirmed by the Senate is James “Wally” Brewster, who was nominated as U.S. ambassador to the Dominican Republic. The Senate Foreign Relations Committee has yet to hold a confirmation hearing for him.

Previous Post: « Raven-Symonè Comes Out of the Closet: ‘I Can Finally Get Married!’
Next Post: New Audio From Nixon Administration Reveals Extent Of Tricky Dick’s Homophobia: VIDEO »