The IRS has made life very difficult for states without marriage equality. 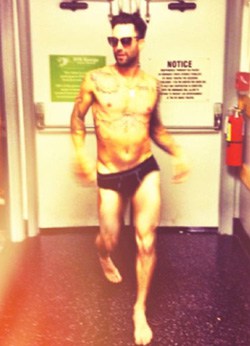 Adam Levine strips down to his briefs for Instagram.

Social Security invites gay couples to apply for benefits: "Though this move does not constitute final guidelines on whether individuals in states without marriage equality will be eligible for Social Security benefits, it does allow couples to apply for those benefits and have their claims 'held' until the agency issues further guidance – meaning that they will not lose out on benefits that accrue during the time while the agency is developing its standards."

The Superman vs Batman movie will shoot in Detroit.

Anthony Weiner paid for crowd of fake supporters: "Some of the gung-ho Weiner crowds, including at the Aug. 11 Dominican Day Parade in Manhattan, were really actors who were paid $15 an hour by the California firm Crowds on Demand, according to a source with direct knowledge of the deal."

Jake Gyllenhaal to appear on Inside the Actors Studio. 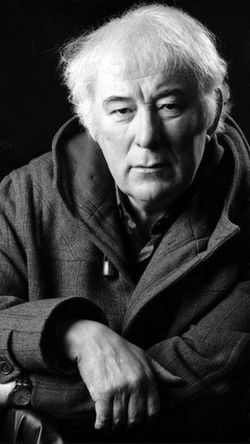 Irish Nobel Prize-winning poet Seamus Heaney dies at 74: In a statement, Faber & Faber, which published his work for nearly 50 years, called him “one of the world’s greatest writers. His impact on literary culture is immeasurable.”

Scientists make jet lag breakthrough. "A gene has been discovered which stops our body clock from resetting, paving the way for new drugs to combat jet lag."

Cash worries harm your brain: "People worrying about having enough money to pay their bills tend to lose temporarily the equivalent of 13 IQ points, scientists found when they gave intelligence tests to shoppers at a New Jersey mall and farmers in India. The idea is that financial stress monopolizes thinking, making other calculations slower and more difficult, sort of like the effects of going without sleep for a night. And this money-and-brain crunch applies, albeit to a smaller degree, to about 100 million Americans who face financial squeezes, say the team of economists and psychologists who wrote the study published in Friday's issue of the journal Science."

Questions continue to swirl around gay bashing in Newfoundland: "For several days after he said he was attacked, Blackburn was circulating a link to send money directly to his email account. The link, along with Blackburn's blog and Facebook account, has since been deleted." 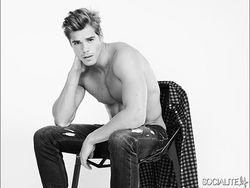 Where o where has John Cusack gone?

David Hockney's assistant died after drinking bleach: "Dominic Elliott, 23, was high on ecstasy and cocaine when he walked into a bathroom at the house in Bridlington, east Yorkshire, and apparently began drinking from a bottle of bleach filled with a 95% concentration of sulphuric acid. Hockney's former long-term partner, John Fitzherbert, drove Elliott to hospital in Scarborough, but he is thought to have died during the 45-minute journey.Fitzherbert, in his 60s, told the hearing in Hull how Elliott spent the day before his death watching films, taking drugs and drinking alcohol. At one point, having realised that Hockney had left the house, the young man got out of bed, laughed hysterically and threw himself 10ft off a first-floor balcony."