Civil Behavior: Gay widower finds himself opposed by partner's family. "I hope you’ll honor Mike’s wishes and assert yourself as his life partner by channeling your grief into action."

All eyes on her: Britney Spears is counting down to something on her website.

Hollaback! New app for New Yorkers harassed on the streets. "The new app allows victims or witnesses to upload, in real time, information about where they experienced harassment on the street. It creates a map of pinned locations where harassment occurs, providing near-instant feedback to the city council’s and mayor’s offices. The app collects demographic data, too, to help officials better understand the details of where harassment occurs and who it happens to."

Is this Cameron Diaz's Oscar performance? 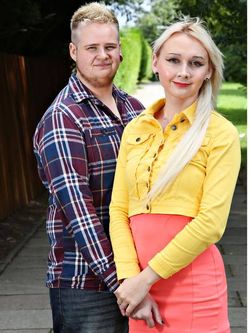 Engaged trans couple tell story to UK's Independent: "I can't go out alone," says Jamie, who is a student who lives with Louis in Bridgend in south Wales. "I mean, it's not new, me getting nasty comments, because I live in a small town. I've always suffered hate crime and have often been followed. But since the publicity, it can feel like someone shouts something from almost every car that drives past and I've had my fair share of internet trolls. I'm on antidepressants." Yet they don't regret going public. "It's like gay people, black people and women," Jamie says. "None of these groups would have the rights they do if they hadn't fought to change negative stereotypes and perceptions. By going public, I feel like I'm doing my bit to help change history."

Georgia Voice founder quitting as editor: "The departure of Laura Douglas-Brown, announced by the media outlet on Tuesday, comes after she joined with a handful of others to launch the GA Voice in March 2010, just months after the long-running Southern Voice collapsed into bankruptcy."

Photos: Blaine and Kurt get their kiss on. 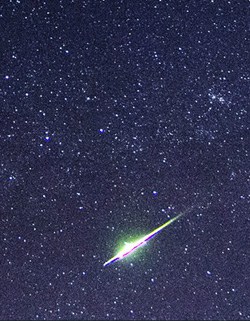 Campbell, California mayor Evan Low pushes for end to ban on blood donation by gay men: "The current FDA ban is wildly outdated and perpetuates unfair labels against gay and bisexual men that live on through decades of discrimination," Low said. There is a strong chance that heterosexuals engaging in promiscuous behavior could contract the disease, and they continue to be allowed to donate, he added.

Israel to erect pink triangle monument to gays persecuted in the Holocaust.

Socarides: Why the Olympic sponsors should take action on gay rights. "Last year’s boycott of the chicken-sandwich chain Chick-fil-A for its financial support of anti-gay groups saw mixed results after conservatives rallied around the company and visited it in droves, at least according to news reports. But whatever the impact on the bottom line, the controversy did generate a lot of media coverage, and certainly the Olympics offer a much bigger media platform for gay-rights supporters then a take-out chain."