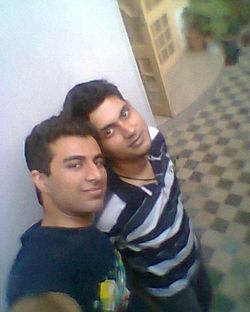 Pakistan may not seem like the most gay-friendly place on Earth. Not even close, since its anti-gay laws are technically more restrictive than Russia's (Russia's laws don't actually criminalize gay sex, Pakistan's do). However, with the advent of the internet, more and more members of Pakistan's underground gay community have managed to find each other and create an underground community. Thanks to a recent article released by BBC News Magazine, we now have a glimpse into that community. As it turns out, gay men in Pakistan are a lot more sexually active than some might expect.

The article's title sums up the situation pretty succinctly: "Gay Pakistan: Where sex is available and relationships are difficult". Precisely how easy is gay sex to come by? Just ask "Danyaal", a businessman from the wealthy city of Karachi. He tells BBC that "if you want sex…it's a gay man's paradise." Danyaal is part of the city's underground gay party scene, where invite-only parties host sometimes hundreds of gay men in a private venue where they can be open about their sexuality. That doesn't mean that gay men in Karachi only get together in private setting, though. Ironically, one of the city's best gay cruising spots is one of its busiest shrines, the Abdullah Shah-Ghazi shrine:

"Every Thursday evening, as the sun sets, men from across the city gather there. A tightly packed circle is formed and those in the centre of the circle are groped by those on the periphery. To outsiders it looks like a writhing mass of men huddling around one another. Some even describe it as a 'mysterious religious ceremony'. For participants, it's anonymous group sex. This kind of behaviour is, of course, not condoned by Pakistan's religious authorities."

…Of course. Gay sex is also readily available via a malchi walah, or a "masseuse" who offers certain "extras" for a small additional fee (the equivalent of approximately $7.80 USD). These masseuses don't usually have to worry about local authorities, either, since many of them are loyal clients. "We get important people – police, army officers and ministers too," says one masseuse called "Ahmed". Ahmed even has two wives, who know about his unusual career choice and are fine with it.  "I know he has sex. No problem," said one wife. "If he doesn't work how will the kids eat? I get angry when people call them names. People are stuck in their ways." 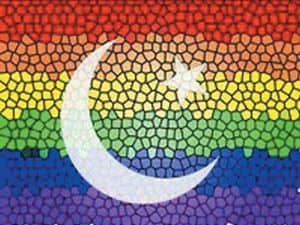 "In Pakistan men are discouraged from having girlfriends and so often, their first sexual experiences will be with male friends or cousins. This is often seen as a part of growing up and it can be overlooked by families – it's the idea that 'boys will be boys'. Sex between men will be overlooked as long as no-one feels that tradition or religion are being challenged. At the end of it all, everyone gets married to a member of the opposite sex and nothing is spoken about."

Just like Iqbal says, while gay men in Pakistan have no trouble soliciting sex from other men, relationships are much harder to come by. More often than not, they will end up marrying a member of the opposite sex for convenience purposes while continuing to sleep with men on the side. Iqbal says that:

"Gay men [in Pakistan] will make every effort to stop any investment in a same-sex relationship because they know that one day they will have to get married to a woman."

Thus, in Pakistan's patriarchal society, long term man-on-man relationships are exceedingly rare. In the case of gay couple "Ali" and "Akbar", they were allowed to continue because Ali's family was run by a matriarch instead. Akbar told BBC:

"His grandmother was the head of the house so I knew that winning her over would mean everything else would fall into place. I took the time to talk to her and convince her that I was a good person. That was first and foremost. It wasn't about 'coming out' in a formal sense. It's more important to convince Ali's family that I'm a good human being.

"She once gave me a hand-embroidered decorative cloth that she had made as a teenager. She said she was giving it to me because she knew I 'take care of things'. It was a kind gesture and a very personal kind of acceptance." 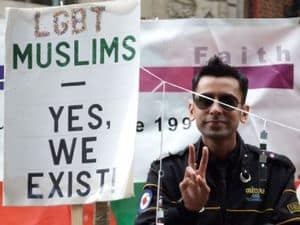 Unfortunately, it's much more difficult for lesbians, since any sort of outward expression of sexuality by women, gay or stright, is generally frowned upon. That's why lesbians "Beena" and "Fatima" have to keep their relationship rather discreet. Beena is still in the closet while Fatima contributes to an invite-only online support group for other gay Pakistanis online. Beena says that the two of them are looking to find a gay couple with which to enter into a marriage of convenience:

"I think we'll have a marriage of convenience. I know some gay guys and maybe we'll do a deal so we put in money together and they have one portion of the house and we'll have another portion. We may as well do that."

And as for the progress of LGBT rights in their home country? Beena has noticed a correlation between LGBT and women's rights in other nations. Unfortunately, that likely means that full equality will not come during their lifetime should they choose to stay in Pakistan:

"Gay rights in America came after women had basic rights. You don't see that in Pakistan. You are not allowed a difference of opinion here. My father is a gentleman but I wouldn't put it past him to put a bullet through my head. I'm all for being 'true to myself' but I don't want to die young. I think it's selfish for me to come out and campaign for gay rights now. It's selfish to the women in my family who are fighting for education and the right to marry the man of their dreams, or not to marry at all."