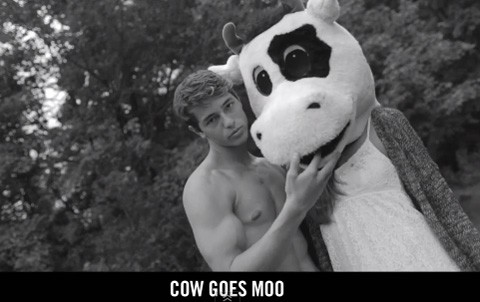 The Norwegian duo Ylvis released a single titled "The Fox" which is perhaps the most bizarre song in recent memory to achieve viral notoriety this side of "The YES Dance" (incidentally, something the fox might say sounds just like "The Fork in the Garbage Disposal.")

The 'trendsetters' over at Abercrombie & Fitch decided to snag some of this viral goodness for themselves and covered – read: lip-synced – the song for an ad video, deciding that what Ylvis needed was fewer fur suits and more waxed abs.