Hozier is an upcoming artist from Dublin.

Check out his new clip “Take Me To Church”, AFTER THE JUMP…

Directed by Brendan Canty of Feel Good Lost, Hozier says the video “references the recent increase of organised attacks and torturing of homosexuals in Russia, which is subsequent to a long, hateful, and oppressive political campaign against the LGBT community. The song was always about humanity at its most natural, and how that is undermined ceaselessly by religious organisations and those who would have us believe they act in its interests. What has been seen growing in Russia is no less than nightmarish, I proposed bringing these themes into the story and Brendan liked the idea.”

You can download Hozier’s ‘Take Me to Church’ EP here. 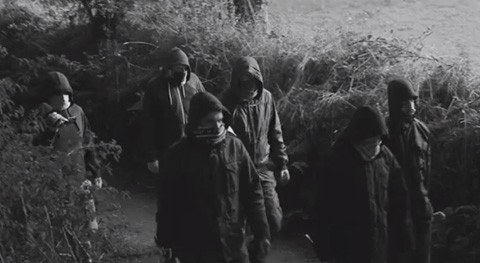 Previous Post: « What to Do if You’re Challenged by a Rhino: VIDEO
Next Post: Russian Gay Activists Arrested for Protesting at Sochi Headquarters: VIDEO »