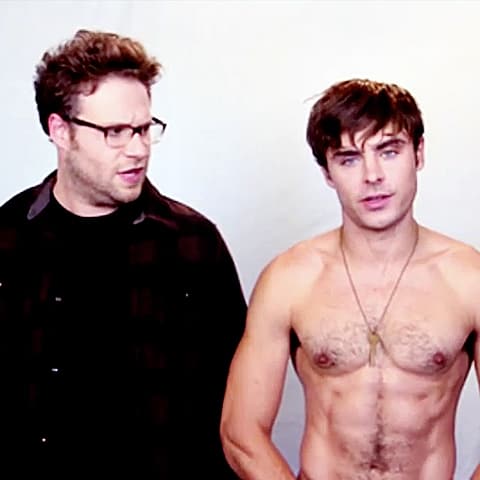 Over the weekend we posted a new still from the Seth Rogen/Zac Efron comedy Neighbors which featured Efron shirtless and flipping some meat at a barbecue. Last night, Efron took his half-nudity a step further by posting an Instagram video touting the new red band trailer for the film.

In the Instagram clip, Rogen describes the film but when Efron opens his mouth to do the same, Rogen interrupts:

"Zac what did we talk about?"

Says Efron: "That I should stand here with no shirt and keep my pretty mouth shut."

Watch the clip (and the new Neighbors trailer), AFTER THE JUMP… 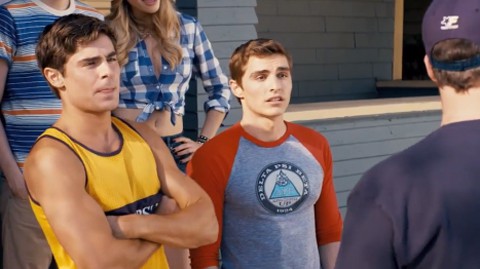 Previous Post: « Miley Cyrus Speaks Out for First Time Since VMAs, Says She Made History: VIDEO
Next Post: Unilever Pulls Ad Suggesting a Child Coming Out as Gay is Like a Bullet Through a Father’s Heart »