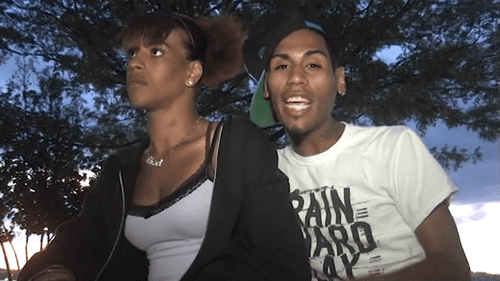 After his own 10 year battle with homelessness, first-time director Elegance Bratton decided to create a documentary about the unique plight of black LGBT homeless youth in New York City. That film, "Pier Kids: The Life," focuses on the lives of three 'pier kids' – youth who are both queer and forced onto the street. According to Out magazine:

The name originates from the youth population that congregates along Christoper Street in New York City's Greenwich Village and the surrounding piers during the nights and weekends. As many may be aware (but ignore), some of them sell their bodies for money, some of them are strung out on dope; all of them are treated unequally by a society that refuses to accept them, and refuses to help them.

Nearly 40 percent of homeless youth are LGBT, according to a report conducted last year.

Watch the debut trailer for "Pier Kids: The Life" AFTER THE JUMP…

Previous Post: « Beyoncé Pulled Off the Stage by Shirtless Fan in Sao Paulo: VIDEO
Next Post: Thompson to Concede to De Blasio in NYC Mayor’s Primary »