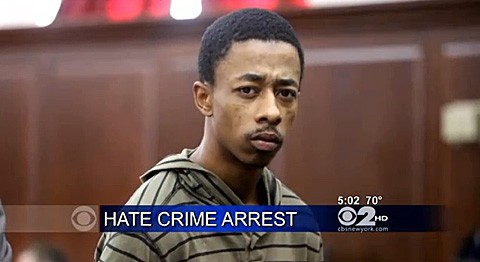 Alfonso Lanier, charged with an attack on Michael Felenchak and his partner Peter Notman in NYC's Chelsea neighborhood in August appeared in court yesterday on charges of aggravated harassment and felony assault as a hate crime:

A grand jury will be asked to indict Lanier on a charge of assault as a hate crime, which would carry a maximum penalty of four years in prison, WCBS 880′s Irene Cornell reported.

Lanier's accomplices are still at large.