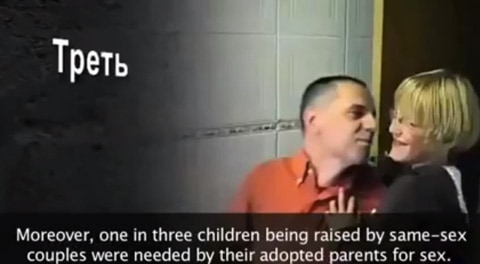 This week, Americablog posted a disturbing propaganda video in Russian which cites religious right-wing activist Mark Regnerus' false and discredited study on gay parenting and claims, among its other falsehoods, that gays adopt children to rape them.

Where did the Regnerus study come from? 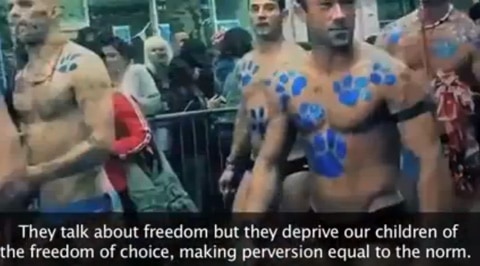 Previous Post: « State Champion Colorado High School Coach Micah Porter Tells Team: I’m Gay
Next Post: Maggie Gallagher on the Pope: I Would Love ‘Nothing More Than to Be Wrong’ on Gay Marriage »