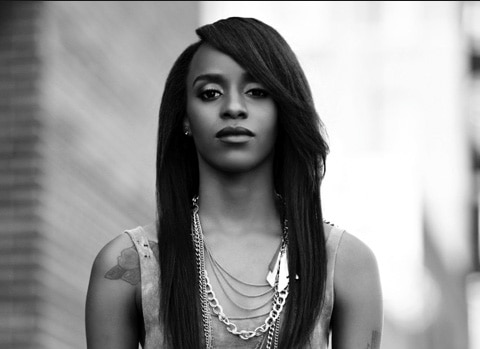 Rapper Angel Haze has been releasing a series of #30GOLD rap covers and on Monday took on Macklemore's "Same Love" rewriting the lyrics of the rap to tell a story about her own questioning of her sexuality and her determination to live beyond labels and borders.

Starts Haze on the rap: "Hi mom, I'm really scared right now, but, I have to…At age 13 my mother knew I wasn't straight/ She didn't understand but she had so much to say/ She sat me on the couch, looked me straight in my face/ She said, 'You'll burn in hell or probably die of AIDS."

Macklemore reacted last night on Twitter, with a one word review: "Powerful".

Listen to the excellent re-take, AFTER THE JUMP…