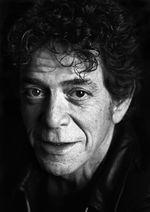 The cause of his death has not yet been released, but Reed underwent a liver transplant in May.

With the Velvet Underground in the late Sixties, Reed fused street-level urgency with elements of European avant-garde music, marrying beauty and noise, while bringing a whole new lyrical honesty to rock & roll poetry. As a restlessly inventive solo artist, from the Seventies into the 2010s, he was chameleonic, thorny and unpredictable, challenging his fans at every turn. Glam, punk and alternative rock are all unthinkable without his revelatory example. "One chord is fine," he once said, alluding to his bare-bones guitar style. "Two chords are pushing it. Three chords and you're into jazz."