Bisexual Arizona Rep. Kyrsten Sinema and gay New York Rep. Sean Patrick Maloney, both Democrats, voted with House GOP to shut down the government and are being taken to task by LGBT advocates for doing so, the Washington Blade reports: 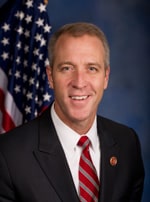 “I strongly support the president’s decision to give employers more time to comply with the law, and I believe that we should give families the same flexibility we’re giving to our small businesses,” Maloney said.

Maloney also explained his support for eliminating health care subsidies for government employees by saying the playing field for public and private workers should be equal.

“Families and businesses in the Hudson Valley are not getting special subsidies from Obamacare and neither should members of Congress or the White House,” Maloney said.

In a separate statement, Sinema defended her votes by saying they ensure individuals can sign up for health care plans without “being punished” for failing to purchase adequate healthcare coverage. 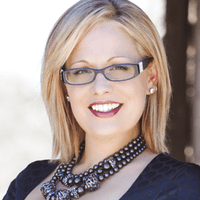 Michelangelo Signorile tears them a new one in a new HuffPost piece:

Since taking office, Sinema has voted with the GOP against economic justice issues that progressives, including LGBT activists, view as crucial. Both she and U.S. Rep. Sean Patrick Maloney (D-N.Y.), an openly gay former Clinton aide, also elected for the first time in 2012, have voted with big banks and Wall Street time and again. Right out of the gate, Maloney, who took a lot of Wall Street money, voted with the GOP on the debt ceiling early this year, and actually co-sponsored a bill that would roll back reforms of the very Wall Street practices that led to the economic collapse. He even voted with the GOP to take authority over the Keystone XL project from the president. Like Sinema, he also voted to jeopardize Obamacare or shut down the government. And he too was supported in his election campaign by the Gay and Lesbian Victory Fund, the Human Rights Campaign, and other gay and progressive groups, touted as a progressive.

Think about this: On what is arguably the most important debate in Congress, two of nine Democrats who voted with the tea party-led blackmailers are openly gay or bisexual. Two of only five openly gay or bisexual members of the House voted with the extreme far right to undermine the president. Veteran recording industry executive Howie Klein, the founder of the progressive Blue America PAC and an openly gay man himself, has been criticizing both of them for their votes for months. He told me that Sinema had been calling him throughout last year's campaign, looking for money. He'd known her and liked her, having served with her on the board of People for the American Way, but he told me that when he had her fully vetted, he was "horrified" by her record. Blue America is now actively recruiting a candidate to run in the Democratic primary against Sinema.

Some say it's better to have Democrats like Sinema and Maloney than to possibly have a Republican in the seat. If it means they have to vote with the GOP, especially if the vote isn't pivotal, then so be it, the thinking goes. But that breeds the most cynical kind of politics and drives people away from participating when we need to bring them in.

Sinema and Maloney have been active on LGBT-specific issues since their election to Congress. They voted for an LGBT-inclusive version of the Violence Against Women Act reauthorization and signed a friend-of-the-court brief urging the U.S. Supreme Court to strike down the Defense of Marriage Act.

Dana Beyer, a Chevy Chase, Md.,-based transgender activist, said the LGBT community shouldn’t judge Sinema and Maloney too harshly for their votes because “these late night political machinations are generally theater” and don’t say anything about the lawmakers’ overall voting records.

“This issue isn’t about the LGBT community; it’s about America,” Beyer said. “They should be judged on a much broader set of criteria and values than this one vote, and I hope people take the context into account.”

How should Sinema and Maloney be judged by this vote? Should we let it slide and be thankful there's no Republican in their seats, or are they, as blogger Mike Rogers told the Blade, "DINOs (Democrats in Name Only)" and "sellouts" who Signorile suggested in a tweet should "meet the fate of Christine Quinn."