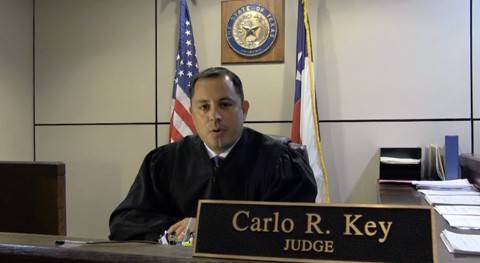 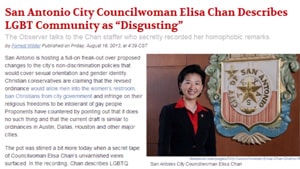 Key's decision to leave the Republican party is due to the GOP's anti-LGBT hate speech and calls it a party "at war with itself."

I can no longer be a member of the Republican Party. For too long, the Republican Party has been at war with itself. Rational Republican beliefs have given way to ideological character assassinations. Pragmatism and principal have been overtaken by pettiness and bigotry. Make no mistake: I have not left the Republican Party. It left me. I cannot tolerate a political party that demeans Texans based on their sexual orientation, the color of their skin or their economic status. I will not be a member of a Party in which hate speech elevates candidates for higher office rather than disqualifying them. I cannot place my name on the ballot for a political party that is proud to destroy the lives of hundreds of thousands of federal workers over the vain attempt to repeal a law that would provide health care to millions of people throughout our country.

Key also cites San Antonio Councilwoman Elisa Chan who called gays "disgusting" in the run-up to the city's passage of an LGBT non-discrimination bill, and blasts Republicans for shutting down the government over health care reform.