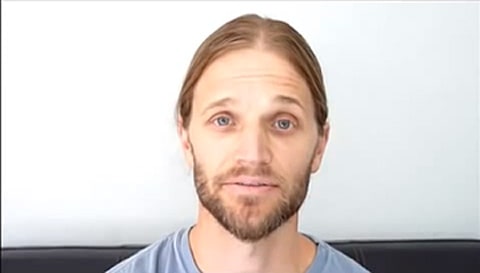 David Stevens recently celebrated the wedding of his younger brother and his partner, proudly sharing pictures of the two happy husbands on his Facebook page.  A few days later, he received this message from a 'friend' of his on the social media site:

Hey David, I am removing you from my friends list. Sorry man, that latest post is way over the top. Homosexuals joining in holy matrimony? I don't think so. The holy bible speaks out against homosexuality and speaks highly of holy matrimony between a man and a woman. It's nothing more than a slap in the face to those who choose God's word for homosexual s to join in a holy marriage. I'm only defriending you so I don't have to look at your anti-God stuff anymore — nothing personal.

It was a wake-up moment for Stevens, who says he went from supporting his brother to truly understanding what gay and lesbian people go through every day when they face rejection and intolerance simply because of the way they were born.  "I love him," Stevens says of his brother at the end of an emotional video about the experience he posted to YouTube.  "And love wins.  Period."

Check out David Stevens's full video about his brother's wedding and the Facebook message he received, AFTER THE JUMP…