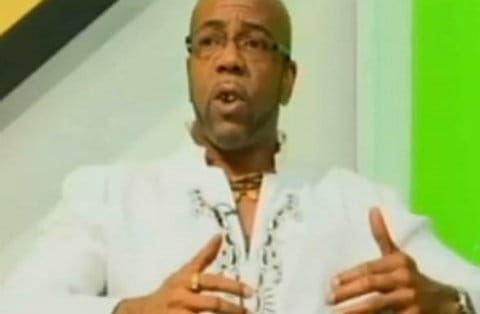 Dr. Mark Walcott — the head of the dance and drama department in Newham College of East London — was recently suspended after a colleague secretly recorded and published Walcott's 50-minute staff-meeting rant about "gayism."

During the rant, Walcott compared gay professors to members of the Ku Klux Klan and Nazis,  saying that each hopes to indoctrinate young students into their ranks.

Here's some other highlights from his cray-cray rant:

He is heard on the recording saying: “I’ll give the name of someone I’d never have run a school: Elton John. His gayism is so liberal.

He added later: “I don’t like him. His sexuality, his gayism is over-burdensome.”

In another section he says: “I see nothing wrong with the Klu Klux Klan.

“They are fighting for their country.

“They are a culture, they’ve got a creed, they’ve got a nation and other people have come from other countries have come there and changed that made it difficult for them to continue with the way they want to progress and evolve.

“So it’s out of fear if you went to Jamaica and you tried to breed out the Jamaicans…so that our people started to become afraid and our reggae music was starting to sound like rock and our Jamaican (people were) starting to look like Chinese people, we would kill people. I understand the fear.”

The college has declined comment pending an external investigation. However, they have suspended Walcott and said that they "do not support any discrimination against, or unfair treatment of, staff or learners in any context." The college recently appeared in the top 100 workplaces ranked by the UK LGBT-organization Stonewall.

However, UK-based human rights activist Peter Tatchell thinks the college has much more to answer for:

"The college says it is setting up an investigation. This is not good enough, given its past failing to address these issues. There needs to be a completely independent inquiry by an external body that has no links to the college. The accusations involve much more than a homophobic rant and collusion with homophobia. They also involve allegations of racism, nepotism and cover-up. Complaints were made against the college in 2012 and they appear to have been sat on."

You can hear Walcott's insane rant for yourself AFTER THE JUMP…

Equally disturbing (though hardly shocking) are the number of YouTube commenters who basically agree with Walcott.

Previous Post: « Michigan Couple Challenging Same-Sex Marriage Ban File Motion For Two-Part Trial
Next Post: Watch Episode 5 Of ‘Whatever This Is.’ From The Creator Of ‘The Outs’: VIDEO »