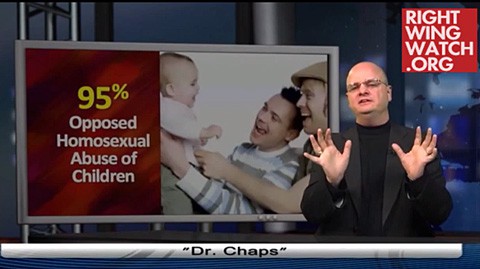 While discussing the case, Klingenschmitt put a photo of two men and a baby on the screen so that he could point out that "one of the men almost has his tongue hanging out, like he's licking his chops, like this baby is ours now. And that's fine, you may call that love, but it looks to me a little bit like lust."

Klingenschmitt went on to say that gay couples "crave" to adopt "the children of heterosexual couples" so that they can raise and recruit them into the "homosexual lifestyle," declaring that allowing that to happen is child abuse.