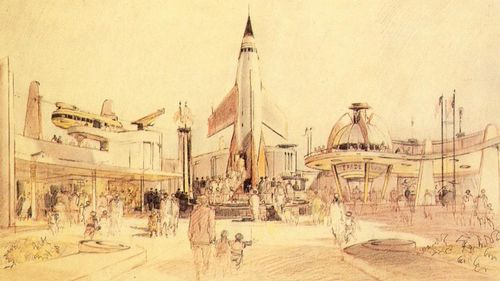 This is the first in a recurring series of posts related to all things tomorrow - from emerging tech and culture trends to breakthroughs in artificial intelligence to new entertainment and inventions that are helping change the way we experience and understand the world around us. In short, it's a glimpse into what the future might hold for humanity as we try and answer the ever-present question: What happens next? 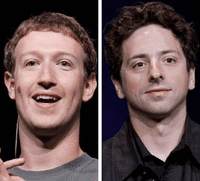 Ask the average bystander on the bus or subway what the definition of transhumanism is and you'll likely get blank stares or a mistaken answer that the term clearly has something to do with gender identity. But transhumanism, as this recent introductory video from the British Institute of Posthuman Studies shows below, is actually a global, cultural, and intellectual movement that considers current trends to see how future technology will develop and revolutionize what it means to be human. And it's an idea that's steadily gaining steam - Facebook founder Mark Zuckerberg and Google co-founder Sergey Brin are just two of the bright minds of today who are working on solutions to questions that fall under the transhumanist umbrella.

Continue reading "Tomorrowland's Forecast: It's the End of the World (As We Know It), AFTER THE JUMP…

As the video illustrates, transhumanism centers around three key topics, or "Supers":

Super Longevity - Extending human life as long as possible with the premise being that ageing itself can one day be overcome through breakthroughs in medicine and technology. Advocates point to Google's newly announced company Calico and its goal of "solving death" as proof of the concept's popularity and potential.

Super Intelligence - sometimes referred to as "the singularity" or "humanity's final invention," it's the idea that artificial intelligence may soon eclipse that of human intelligence, leading to a radical merging of AI and human nature. Just imagine being able to upload the internet directly to your brain, and perhaps even being able to do it in our lifetime!

Super Wellbeing - the idealistic aim to investigate and phase out suffering as a concept. It's the hardwiring of our genes to maximize happiness and wellbeing while minimizing pain and depression. 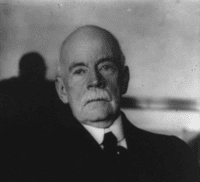 At its core, transhumanism is about discovering humanity's potential, an idea that's been around for centuries. Yet at times we've also done the opposite by selling our species short and throwing in the towel early. Towards the end of the 1800s, for example, conventional wisdom suggested that all the great scientific discoveries had already been made and that there wasn't much left to do beyond some "tidying up" of existing theories. As Charles Duell (right), commissioner of the United States Patent Office, boldly asserted in 1899, "Everything that can be invented – has already been invented."

Obviously (and thankfully!) humanity had not yet reached the pinnacle of its potential then and we can now recognize the humorous absurdity in that statement. But what if there was a way to prevent this notion from happening in the future? What if we were able to figure out what happens next? That's transhumanism.

What happens next? It's a universal question that every one of us is confronted with during major events in our lives, a question that presents itself at the birth of every child, the death of every loved one, and the beginning and ending of every relationship. Trying to figure out what happens next is even the driving force behind every great page-turner and thrill movie.

And far from arguing the end of all potential, transhumanists foresee a future of limitless potential as a result of technology radically redefining what it means to be human. Unsuprisingly, the cultural, social, and political ramifications that this limitless potential would bring to the table could fill an entire post (which I hope to address in a later column)

But what about you? What do you make of all this? Do you think it's a load of crock, "the most dangerous idea in the world," or the future as we know it? Sound off in the comments below.