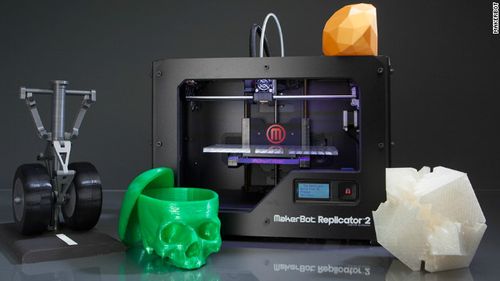 This is the second in a recurring series of posts related to all things tomorrow - from emerging tech and culture trends to breakthroughs in artificial intelligence to new entertainment and inventions that are helping change the way we experience and understand the world around us. In short, it's a glimpse into what the future might hold for humanity as we try and answer the ever-present question: What happens next?

These past two weekends marked the 3D PrintShow in London and Paris, a two-day venue in each city featuring the latest 3D printed art, design, fashion, architecture, and business creations. The event likes to bill 3D printing as having the potential to impact this decade the same way the Internet did in the 1990s, and for good reason. In just a few short years, mass-marketed 3D printing has gone from a pipe dream to an inevitability. But what potential does this emerging technology hold and what hidden hazards might present themselves as 3D printing becomes more commonplace?

Continue reading "Tomorrowland's Forecast: The Practicality, Pitfalls, and Potential of 3D Printing," AFTER THE JUMP… 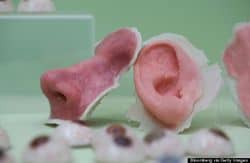 As the opening segment of the video shows, 3D printing is still a largely unknown concept in the mind of the general public. But far from being a niche technology, 3D printing, as President Obama declared in his State of the Union address earlier this year, really does have the potential to "revolutionize the way we make almost anything." Indeed, everything from prosthetics, to stem cells, to clothes, to cars, and even home-building is being reexamined with 3D printing in mind. Inspired by this limitless potential, executives with the 3D printing company MakerBot have begun a campaign to put a 3D printer in every school in the country, an initiative backed by the White House. Market analysts are taking note as well, with a recent report projecting an $8.41 billion 3D printing market by 2020.

Like all newly emerging technology, however, cost remains prohibitive for most people in the early years (remember how expensive blu-ray players were back in 2007?) Entry level 3D printers still run around $1,300 with high end models in the $20,000+ range, meaning 3D printing is currently relegated to tech companies and wealthy hobbyists. In 5-10 years though, that will all change. 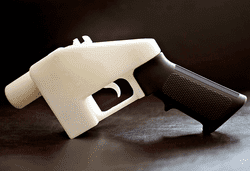 But while the cost will lessen as time goes on and the technology becomes more readily available, the pitfalls may only increase. Take, for example, these printers ability to mass produce non-metallic knives, guns, and other weapons that could potentially pass though security systems undetected. As Senator Chuck Schumer (D-NY) warned earlier this week, "We are looking at a world in which anyone with a little bit of cash can bring an undetectable gun that can fire multiple bullets anywhere – including planes, government buildings, sporting events and schools."

Currently, the 25-year-old Undetectable Firearms Act is in place to ban manufacturers from creating guns that can't be picked up by metal detectors. The act, however, is set to expire on December 9th and with the NRA-backed tea party unwilling to entertain even the most sensible solutions to gun violence earlier this year, an extension could very well be an uphill battle in Congress.

True, 3D printed guns in their current state cannot withstand more than a few firings before shattering (as this recent Bureau of Alcohol, Tobacco, and Firearms video shows below), but it's important to remember that this technology is still in its infancy. As printers and the material they use become more sophisticated and durable, so too will the weapons they create.