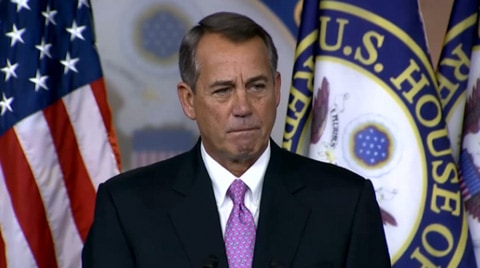 Boehner was asked by CNN’s Dana Bash whether he believes the GOP should support them.

The question followed remarks in which Boehner said he felt the party needed to me “more sensitive”.