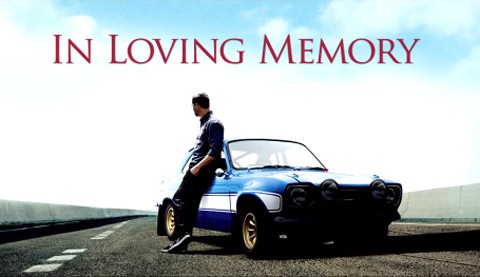 The Fast and Furious franchise celebrates the life of actor Paul Walker in an emotional new video they posted online late yesterday set to Diddy and Skylar Grey's "Coming Home".

Walker and his friend Roger Rodas died in a fiery crash following a charity show in Santa Clarita, California. Walker was the passenger in the car, a Porsche Carrera GT. An autopsy confirmed that Walker died from "combined effects of traumatic and thermal injuries". Toxicology results are still pending.

Fast and Furious 7 shooting has been put on hold for an unspecified period.

Watch the touching tribute, AFTER THE JUMP…