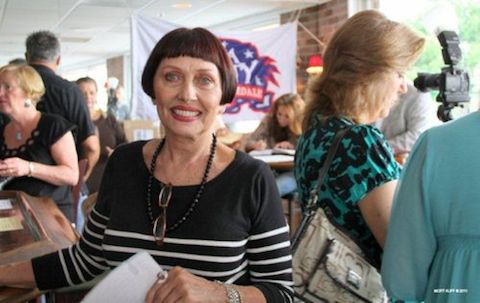 We must fight with all we have… We must put  pressure on the House like has never been seen before.  I'll be damned if I will ever be forced to hire someone with orange hair, body/neck/face covered with tattoos, multiple piercings, or a man in a dress… or for that matter, a demonstrative effeminate male or purposeful butch-looking female.  The Log Cabins are the same lobbyist organization that has all but taken over BREC; and besides that, we have someone on the Board of BREC who is using her position to openly put pressure on some BREC members to stand for same-sex marriage.

Kilcullen, someone who isn't in the position to be denigrating the physical appearance of others, is a convicted criminal who was arrested in October 2010 for felony battery of a police officer but plead guilty to trespassing and a lesser charge of misdemeanor resisting arrest.