A sweeping new anti-trafficking law in Kansas is being criticized by some state lawmakers for what is seen as the problematic inclusion of sexual orientation in its nondiscrimination statutes.

Darcie Smith, Kansas Department of Health and Environment director for child placing and residential programming appeared before a joint committee at the state capitol on Tuesday to answer concerns regarding the law’s regulations and implementation. The Topeka Capital-Journal reports: 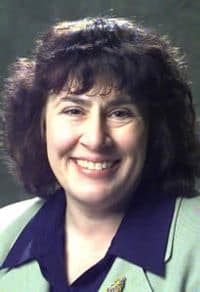 After rattling off a series of nondiscrimination categories for admission to the secure facilities that included gender and race, Rep. Jan Pauls, D-Hutchinson (pictured right), asked Smith why sexual orientation was also included.

Smith said it was a safeguard to ensure homosexual victims get helped.

In a bit of illogical mental gymnastics, Pauls said that while she didn’t believe any LGBT human trafficking victims would be denied access to a safe house on that basis, she claimed that including it in the legal nondiscrimination regulations could pose problems for religious institutions providing help that oppose homosexual activity.

Pauls, a lawyer, noted that state statutes don’t include sexual orientation among attributes for which Kansans are protected from discrimination.

“Once you use the term 'discrimination' we usually follow our statutes,” Pauls said.

Pauls and other state representatives proposed that the language regarding “sexual preference” should be removed from the nondiscrimination provisions. Rep. Mark Kahrs said he concurred with Pauls' recommendation and suggested that KDHE add "ancestry" in place of sexual preference.

State lawmakers on the other side of the issue, however, expressed concern that removing “sexual preference” from the statutes would leave LGBT human trafficking victims vulnerable and excluded from guarantees of basic services.

…Sen. Tom Hawk, D-Manhattan, said during a break in the hearing he thought the department was smart to include sexual orientation because human trafficking often relates directly to sexual activity and some of the victims will be homosexuals.

"If you want to help people who are involved in human trafficking, you don't want to leave out that five percent or 10 percent," Hawk said.

The Huffington Post reports that Pauls has a long history as a rabidly anti-gay lawmaker. She authored the state's ban on gay marriage that was approved by voters in 2005. In 2011, Pauls was the leader of an effort to keep the state's sodomy ban on the books and pushed to not expand the state's civil rights laws to include sexual orientation.