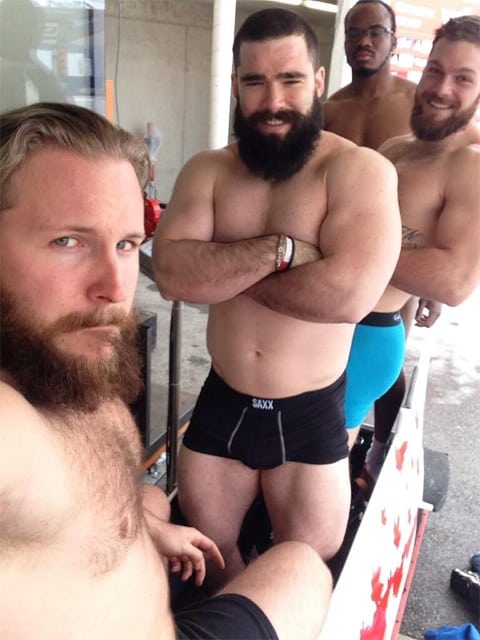 Canadian bobsled captain Justin Kripps, who last month kindly tweeted this now viral photo of the Olympic team checking its race weight, reports that his website, which displayed the photo, was blocked by Russian authorites.

In the site's place was a notice that it had been blocked for one of several reasons, and may have fallen afoul of the country's ban on 'gay propaganda'.

Kripps had also linked to this sexual luge ad from The Canadian Institute of Diversity and Inclusion.

Kripps tweeted in response to the censorship: "Looks like my website is censored in Russia, haha classic #SochiProblems I wonder if there’s a camera in my room."

In any case, one good thing has come out of the incident. It has given us a reason to take another look at this photo.