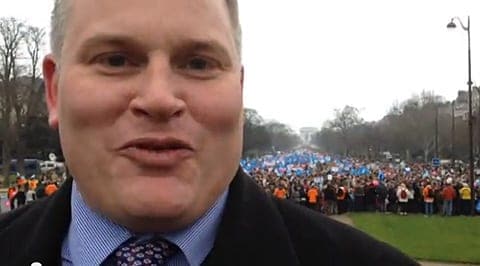 Commenting on Chick-fil-A's recent announcements that it is planning a big expansion nationwide including a move into NYC, City Councilman Daniel Dromm had some tough remarks for the anti-gay chicken chain: 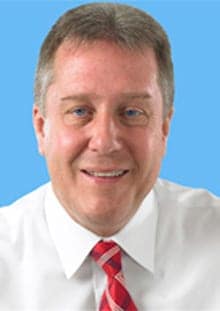 “We don’t need bigots coming to New York City,” Councilman Daniel Dromm (right), who is openly gay, told HuffPost. “They are not welcome here unless they can embrace all of New York’s diverse community, including the LGBT community.” … “We don’t need bigoted people even keeping their opinions to themselves,” he said. “They need to wake up and see reality.”

Brian Brown, NOM's President responded to the comments with condemnation. "These remarks are outrageous and intolerant, and sadly seem to be part of a trend developing in the public debate surrounding this issue," Brown said. "When Dan Cathy's pro-marriage views were first reported in 2012, we saw mayors and city councils saying similar things—it was a disgraceful circus then, and it is now."

But Brown said that Dromm's remarks go even further than previous attempts to punish Chick-fil-A for its CEO's personal views.

"What Dromm has effectively said here is that anyone who believes in marriage as the union of a man and a woman is unwelcome in New York City," Brown noted. "His remarks, coming amidst a climate of such unseemly attacks on pro-marriage people as we saw with the Mozilla controversy last week, simply reinforce a growing manifestation of hostility and intimidation in the public square toward folks with traditional values. Christians and others are now, it seems, going to be considered guilty of 'thought-crimes' and threatened with all manner of reprisals simply for holding their beliefs."

"Mr. Dromm has alienated and insulted millions of New Yorkers and made them feel like they don't belong in their own home city. The Council should correct this and extend an apology immediately and undo the hurt and wrong that's been done."