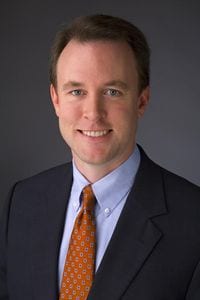 Much has been written about the midterm elections and the epic struggle for control of the Congress of the United States. Democrats seem to be hanging on by a thread to continue their control of the Senate. In the House of Representatives, the Dems are hoping a number of Republican vacancies might give them a remote chance of taking back the House.

However, the real victories for the Democrats might come by taking back statehouses currently controlled by the Republicans. Even more importantly, the states are mostly large swing states that will be decisive in the 2016 Presidential race. Reclaiming these prizes could increase the Dems' chances of controlling the Presidency for at least another four years!

All of the Republican governors whose seats are in jeopardy have taken strong anti-LGBT stances.

Democrats have a few seats that are in jeopardy. The governorships in Illinois, Connecticut and Colorado are most vulnerable. The situation in Colorado, according to the latest polls, is improving by the day for the Democrats.

Here are nine states where Democrats, if they have the funds, could have major victories in the Fall.

Pennsylvania: Republican Governor Tom Corbett appears to be 'toast'. He is trailing by over 20 points in most polls. He is one of the most unpopular governors in the country. STATUS: Democratic Pick-up.

Maine: The Tea Party incumbent Republican Paul LePage is in big trouble from Democrat Congressman Mike Michaud. The only question is whether the independent candidacy of Eliot Cutler will stop Maine from electing the first openly gay governor in history by electing the congressman. STATUS: Leans Democrat.

Georgia: Will this be the year that the Peach state goes Blue? Republican Governor Nathan Deal took a big hit with the winter weather this year in Georgia. The grandson of former President Jimmy Carter will be the Democratic nominee and is running a surprisingly strong race. The Libertarian is running in the high single digits making Deal's re-election even harder. STATUS: Toss-up. Wisconsin: The Republican Governor Scott Walker (who wants to run for President) successfully defeated a recall
attempt. Many thought that victory put him in good position for his re-election. However Democratic businesswoman Mary Burke is giving him a run for his money. The last Public Policy Poll had Walker up by only three points. STATUS: Leans Republican.

Ohio: Right-wing Governor John Kasich has maintained at least a five point lead over handsome and charismatic Democratic challenger Ed FitzGerald (pictured, above). If FitzGerald can raise the money he could tighten the race in this crucial state for 2016. Kasich currently has a five point lead. STATUS: Leans Republican.

Arizona: The Grand Canyon State is an enigma and is hard to forecast. Incumbent Governor Jan Brewer is thankfully not running for re-election. The open seat is witnessing a bitter Republican primary while Democrats are uniting behind the Chair of the Arizona Board of Regents Fred Duval. STATUS: Leans Republican.

Kansas: One can only hope that the rock solid Republican state of Kansas would do 'Dorothy' proud and elect a Democrat! Incumbent Governor Sam Brownback is running a tighter race than expected against Democrat Paul Davis. At the moment, Brownback still maintains a strong seven point lead. STATUS: Likely Republican

Previous Post: « Actor Van Hansis Talks About Being Gay
Next Post: How I Went Undercover with ‘Ex-Gay Uganda’ to Attend the Launch of the President’s War on Homosexuality »