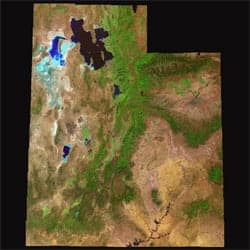 The Tenth Circuit Court of Appeals has struck down Utah's gay marriage ban. The court has granted a stay pending appeal to SCOTUS.

The ruling was 2-1 with Judge Kelly dissenting.

By upholding a Utah judge’s decision, the 10th Circuit Court of Appeals became the first appeals court to rule on the issue, setting a historic precedent that voter-approved bans on same-sex marriage violate the Fourteenth Amendment rights of same-sex couples to equal protection and due process.

But the court stayed the implementation of their decision, pending a decision from the U.S. Supreme Court.

The appeals court judges appeared split on the decision during oral arguments in April, with pointed questions asked by the three judges — Paul J. Kelly Jr., Carlos F. Lucero and Jerome A. Holmes — about marriage studies, jurisdiction and standard of scrutiny.