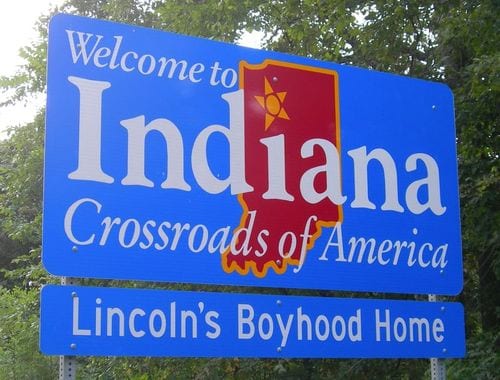 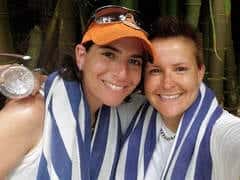 Today, U.S. District Court Judge Richard L. Young ruled that Indiana’s discriminatory ban on marriage for same-sex couples is unconstitutional. Lambda Legal challenged the law on behalf of five couples seeking the freedom to marry in Indiana or recognition of a marriage from another state.

Judge Young writes: “The court has never witnessed a phenomenon throughout the federal court system as is presented with this issue. In less than a year, every federal district court to consider the issue has reached the same conclusion in thoughtful and thorough opinions – laws prohibiting the celebration and recognition of same-sex marriages are unconstitutional. It is clear that the fundamental right to marry shall not be deprived to some individuals based solely on the person they choose to love. In time, Americans will look at the marriage of couples such as Plaintiffs, and refer to it simply as a marriage – not a same-sex marriage. These couples, when gender and sexual orientation are taken away, are in all respects like the family down the street. The Constitution demands that we treat them as such.”

“We’re thrilled that the court ruled in favor of liberty and equality for all same-sex couples and their children in Indiana,” said Paul D. Castillo, Staff Attorney for Lambda Legal. “As Chief Judge Young recognized, these families, and so many others across the state, suffer significant harm when they are wrongly denied the freedom to marry the one unique person they love. Indiana now joins the momentum for nationwide marriage equality and Hoosiers can now proclaim they are on the right side of history.”

The case, Baskin v. Bogan, was filed on March 10, 2014 in the United States District Court for the Southern District of Indiana. Shortly thereafter, Lambda Legal filed a motion seeking immediate relief for Niki Quasney, Amy Sandler (pictured above) and their two children ages 3 and 1. Five years ago, Niki was diagnosed with stage four ovarian cancer, enduring multiple surgeries and years of chemotherapy. After nearly 14 years together, the couple married in Massachusetts last year.  In two separate decisions issued in April and May, the court ordered the State of Indiana to recognize their out-of-state marriage.

The judge did not issue a stay on his ruling according to the Indianapolis Star, which says that gay couples can start marrying immediately.

And the weddings have begun.