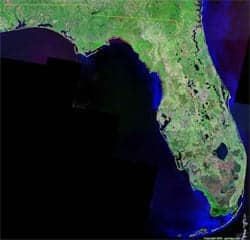 The groups include Florida Family Action, Inc. (FFAI), Florida Democratic League Inc. (FDL) and People United to Lead the Struggle for Equality, Inc. (PULSE)—groups that support the discriminatory marriage laws at issue in the case.

The court also noted that the “validity of their own marriages will not be affected,” adding that if these groups could enter the case as parties simply because they have strong beliefs about the issues in the case, “so would anyone who has a strongly held belief regarding the constitutionality of the Amendment and statutes at issue in this suit.”

“Today Judge Zabel reached the proper conclusion in denying extremists seeking a platform for their anti-gay rhetoric the right to intervene in this case,” said Nadine Smith, CEO of Equality Florida Institute, one of the plaintiffs in the lawsuit. “This lawsuit is about fundamental, constitutionally protected rights that are violated by a measure that does real harm to our families. We look forward to the day when Florida joins the 19 other states and the District of Columbia, where judges have come to the conclusion that such a ban is indefensible.”

You can read the judge's order here.