Luxembourg has approved marriage equality in a 56-4 vote by the Chamber of Deputies. The bill also allows gay couples to adopt children. 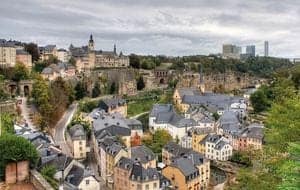 Luxembourg Wort reported in May:

The bill, which also includes reforms on other aspects of family law, was first introduced at the Luxembourg Chamber of Deputies in May 2012, and has taken over two years to pass to a vote in parliament.

The Luxembourg State Council, however, ruled that this was discriminatory and threatened to withhold approval should closed adoption not be made available to same-sex couples also.